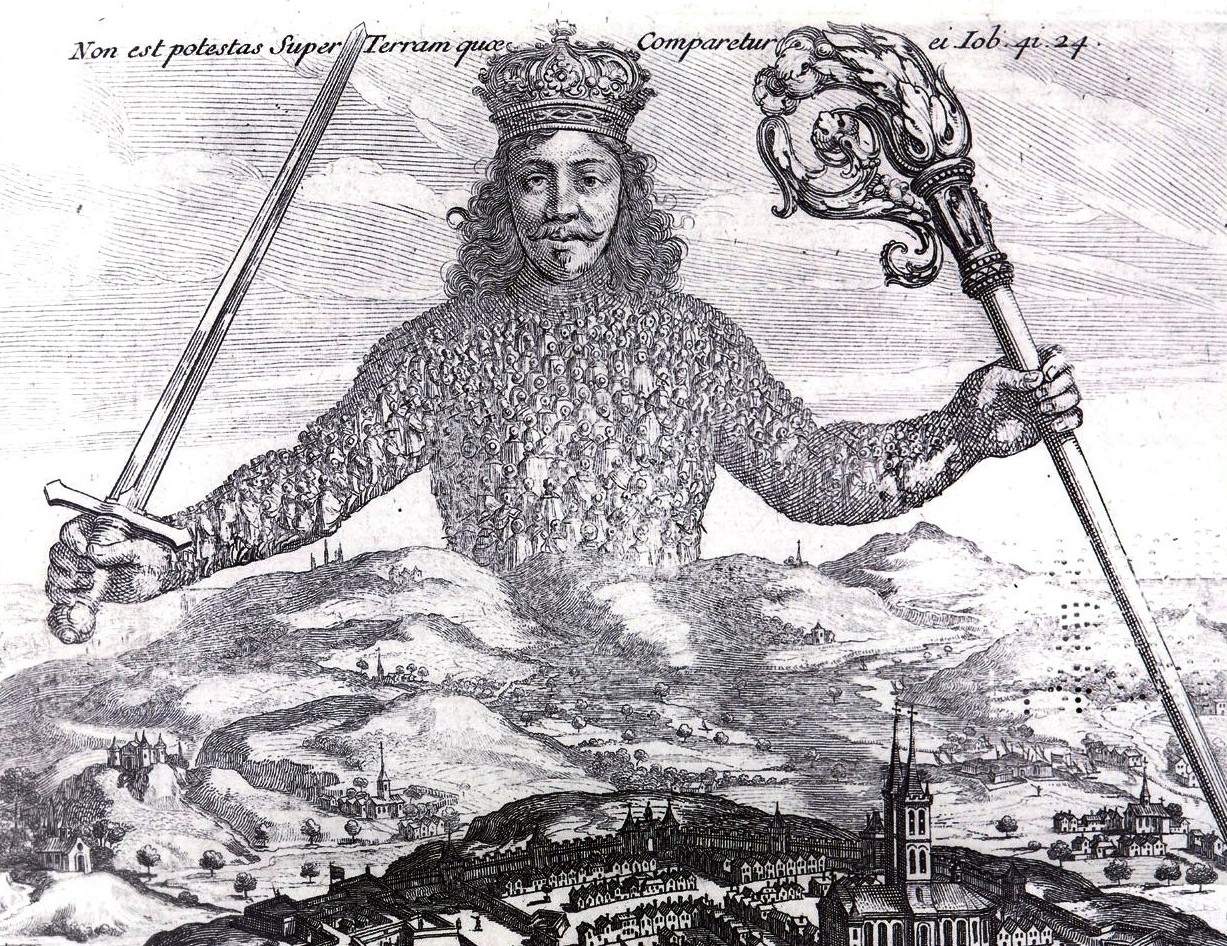 Socialism in Scripture? For more than one hundred years, the people of the United States have faced the choice of socialism versus freedom.

Generally, the people have spoken out for freedom and individual rights. Politicians have affirmed these values while campaigning, but not while legislating.

As Christians in America consider socialism, they are sometimes told about “welfare” in the Bible. They are told that a “safety-net” is consistent with Christian values. They are told, “God cares for the poor, and so should our nation.”

The Bible does in fact tell Christians to give to the poor. But the question at hand is who controls the giving? Should individuals give of their own goods, of their own choice? Or should a politician decide how much one owes—and to whom one owes it?

So Christians should ask: Does God have anything to say about socialism? Is “welfare” in the Bible? Let’s look into the Bible’s most famous case of “socialism.”

And when ye reap the harvest of your land, thou shalt not wholly reap the corners of thy field, neither shalt thou gather the gleanings of thy harvest.

And thou shalt not glean thy vineyard, neither shalt thou gather every grape of thy vineyard; thou shalt leave them for the poor and stranger: I am the LORD your God.

In the Levitical gleaning law God gives special provision to the poor and the stranger in Israel. The law reveals God’s generous character.

How does the principle in the law affect us today? It is easy for modern advocates of the “safety net” to toss out a reference to this law in Leviticus, never having given the matter the thought it deserves.

1. Christians are not the nation of Israel. Christians choose to obey God and to serve others because of the inner conviction of the Holy Spirit rather than from the force of laws.

2. Our modern nations were not specially formed by God’s spoken plan, and they are not composed mainly of God’s followers.

4. For understanding the Christian’s relationship to material possessions, God’s demands are found mainly in the New Testament, not the Old.

5. The New Testament does not reinforce the gleaning law for Christians; it does reinforce the principle of private ownership of property (Acts 5:4).

Let’s contrast the gleaning law, which is a specific provision, with another kind of law with much broader application. Take as an illuminating case the many biblical prohibitions against theft.

Whereas the gleaning law was given only to Israel, God has recognized theft as being evil in a broad range of situations across time—Old Testament and New. While we have no hint that God intended other nations to imitate the gleaning law, we have every indication that it is evil to take away a man’s wealth, the work of his own hand (Exodus 20:15, Exodus 22:1-4, Proverbs 29:24, Hosea 12:7, Matthew 15:19, Romans 2:21).

How does God define theft? Might modern entitlement programs count as theft or something like it? When theft is codified into law, we may need a different name for it. “Forced labor.” The result is the same in essence.

But the gleaning law does not resemble forced labor. For in the case of this law, God had given the land. God had specially promised to bless the crops. God did not lay any special responsibility upon the landowners. Built, as it was, into the covenant between the nation and God, the provision does not resemble theft in the way that welfare exactions seem to.

The Gleaning Law in Context

What was the reason for the gleaning law? In an agrarian society, it protected a person against complete disaster, should a temporary emergency arise. As Israel was a theocracy with a known reputation as God’s own nation, this practice would have testified to God’s faithfulness. Israel would have stood out as unique among the nations. Indeed, this was one of the main goals behind all of Israel’s laws. The nation and each of its members explicitly belonged to God and gave him loyalty. Do these conditions hold in modern societies?

Even if there are doubts about the above line of reasoning, ask: What specifically was the loss to the landowner under the gleaning law? There was no real loss—not when we consider the full context of the arrangement. When God gave the land to the people, he gave them conditions to follow. God made demands and gave rewards accordingly. All of the landowner’s crops were a personal promise from God. It was built into the covenantal arrangement that he would forgo the gleanings and be blessed for it. Do these conditions hold?

Try to Apply It Anyway?

Even if we were to overlook the above considerations and attempt to put the principle of the gleaning law into practice in the modern world, we would need to determine some equivalent to the worth of the gleanings. What would be “redistributed,” and in what way?

To answer, we could ask: What was the actual imposition upon the landowners? Given the time it takes to pick up from the corners and the gleanings, and given the marginal return—the imposition is nearly nothing. The gleaning law cost the landowner no time and no inconvenience. The landowner was not required to pay the poor, nor to supervise them, nor to provide them with tools. If the Christian wishes to promote the “safety net” by using the Old Testament as his model, let him do so more convincingly.

In today’s society we cannot use the gleaning law as a justification for any law, much less the practice of taxing some to build entitlement programs for others. Scripture simply does not model the use of government force to “spread the wealth around.”

What Does the Welfare State Accomplish?

1. The welfare state requires people to work to support others.

2. The welfare state imposes a progressively higher penalty on people as they become more productive.

3. Welfare programs typically do not require the recipient to work.

4. Whereas in the gleaning society, the one taking the gleanings was a neighbor, the welfare state separates the one receiving from the one giving, creating anonymity and removing accountability.

5. Since no modern welfare state has been covenantally created by God, nor given his accompanying promises, any redistributions involve taking something God has not said to take.

On each of the above points we see that the welfare state accomplishes the opposite of the gleaning law.

In light of the modern exaltation of “social justice” we should keep in mind that Scripture has no such category.

In Scripture there is only “justice”—the protection of the individual’s own life and property. And there is “oppression”—the use of dishonest balances or the buying of judges, etc. (Hosea 12:7, Isaiah 10:2).

God would not have rulers show favoritism—to the rich, or to the poor (Exodus 23:3). Those who seek to apply lessons from the Old Testament in an honest way would do well to start here.

What lesson do we learn from the gleaning law? God values generosity. The New Testament shows us the form generosity should take today: individually chosen acts of charity toward others in the name of Jesus and for the express purpose of telling people about him (Matthew 10:42).

God has indeed ordained “safety-nets” for the needy. The first is the family. The second is the church.

When the state usurps these roles it drops the context out of which generosity should arise: the individual person’s desire to spread the gospel. The modern state does not represent God, nor does it spread the gospel.

Instead, by its exactions the state damages the ability of families and churches to perform their God-given task. It deprives them of the resources they should be giving and of the credibility they would have gained in giving them.

Israel’s gleaning law does not suffice as a justification for our commonly accepted “safety nets” of social security, welfare, medicare, and hundreds of other such entitlement programs. Though the gleaning law stands out as one of the socialist’s favorite examples, it has no modern political application.

Do we find socialism in Scripture? The ones who seem able to find it are the ones who have never questioned a “positive” role for the government, in which the government ought to use its power of force to take from some and to give to others. But if we are unwilling to make that ungrounded assumption, and if we look at the full testimony of Scripture, we see a greater respect for private property. We see the individual’s right to his own life, freedom, production, and wealth.

The individualist, American vision of rights does accord with Scripture. As Christians, we should seek to institutionalize those laws and those leaders that protect the rights of the individual, for this is the biblical role of government.

There is no socialism in Scripture.