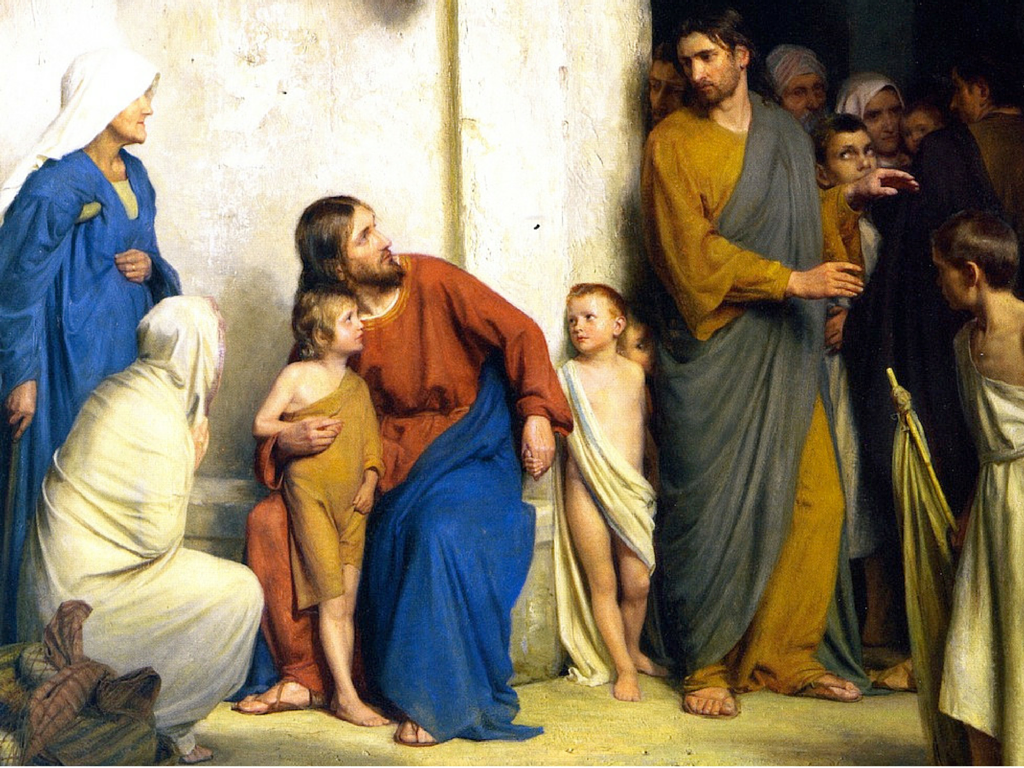 Let the little children come to me,” said Jesus (Matthew 19:14). But see what happens to a nation when it ignores the heart of God.

Yea, they sacrificed their sons and their daughters unto devils,
And shed innocent blood,
Even the blood of their sons and of their daughters,
Whom they sacrificed unto the idols of Canaan:
And the land was polluted with blood.
Thus were they defiled with their own works,
And went a whoring with their own inventions.
Therefore was the wrath of the Lord kindled against his people,
Insomuch that he abhorred his own inheritance (Psalm 106:37-40).

Indeed, the Left will be the first to agree. Advocates of progressivism have shown no hesitation to brand conservatives as both hateful and immoral.

The Left operates from a position of moral certainty that is unsupported by its own philosophy of relativism and skepticism. And that is not the worst of its contradictions. The Left also accuses conservatives who take a moral stand, calling them judgmental. They miss the irony.

Though the Left has no basis for its nest of contradictions, in one aspect conservatives should take a lesson. The Left understands the importance of a compelling moral narrative. They do not hesitate to declare the righteousness of their cause and the wickedness of those they oppose.

Name-calling is easy. But that doesn’t mean it’s wrong. Moral certainty must sometimes mean, “If you don’t agree, then you are evil.”  Consider it carefully. Reality is real; life matters; life requires judgment.

Let’s talk about judgment. Let’s talk about the Planned Parenthood hearing on September 29th, 2015. The media has done what it can to obscure the story and paint it a new color. If you need to catch up on the important facts, read Matt Walsh’s post here.

The Congressional hearing on Planned Parenthood is a huge answer to prayer.

Whether defunding takes place now or in the near future, here’s the important point:

It continues to become more difficult for the American public and the mainstream media to ignore or obscure this modern holocaust.

The media is again forced to cover the topic. Even though most of what the media says will be calculated to mislead, the fact remains: Americans will again turn their attention to the issue. And it will not be difficult for an honest searcher to find the truth.

The more facts Americans learn, the further these facts will erode their trust in the unholy alliance of Mainstream Media, Liberal Politicians, and Planned Parenthood. The decline of Mainstream Media’s influence is accelerating. Where once, the majority of Americans trusted the media to provide a semblance of objectivity and truth, this time has passed. The nation is distrustful and polarized. Given the circumstances, this is a good thing. It means Americans know more than the unholy alliance about reality.

Today each person must chose a worldview.

Each person must look to those who share that view as the trusted starting point for learning factual news. To a Christian, a blogger such as Matt Walsh is now a more trusted source of facts than Fox News, much less PBS, NPR, CNN, ABC, NBC, or CBS. America’s flourishing technology makes this possible. America’s corrupted leadership makes it necessary.

In this divided nation the advocates of abortion have crafted their own moral narrative and committed it to heart. To them, an unborn child is “tissue.” To them, the abortion debate is a tug-of-war between religious traditions and women’s “rights.” They do not hesitate to pronounce moral judgment on their enemies, calling them “misogynists waging a war on women’s health.”

From the Left’s perspective, we are already passed the point of discussion. Their terminology is designed to make discussion impossible. They want a moral battle. And they will have it. It’s time for the remaining decent people of America to learn a lesson from the Left. We need to be willing to assert our own moral position, including its full implications.

We must own the moral narrative. We must stand and say with Proverbs 6:16-19:

These six things doth the Lord hate: yea, seven are an abomination unto him:
A proud look, a lying tongue, and hands that shed innocent blood,
An heart that deviseth wicked imaginations, feet that be swift in running to mischief,
A false witness that speaketh lies, and he that soweth discord among brethren.

Christian, when is it too early to declare righteousness?

We must judge the opponents of life with full moral clarity. Many are wicked. Many are liars. Many are accomplices to murder. We must make it known.

Abortion is murder. They advocate it. This is not an matter for compromise. We must speak out.

Passivity gains nothing. When a holocaust sweeps one’s own nation, a man does not spare a moment’s thought for the feelings of the murderer. The time for decorum is passed. They have made it so. While the unholy alliance exists, abortion stands. They must be defeated.

There is no truce. There is no delay. We fight as long as we live. We fight until we win, because we fight with moral certainty.

Truth is our sword; judgment, our shield; righteousness, our aim; life, our banner.

Do not surrender. For the blood of the innocent of the land does not cease to cry out to the Lord your God for justice (Genesis 4:10). This is our battle. To love the good we must hate the evil; and we must speak.