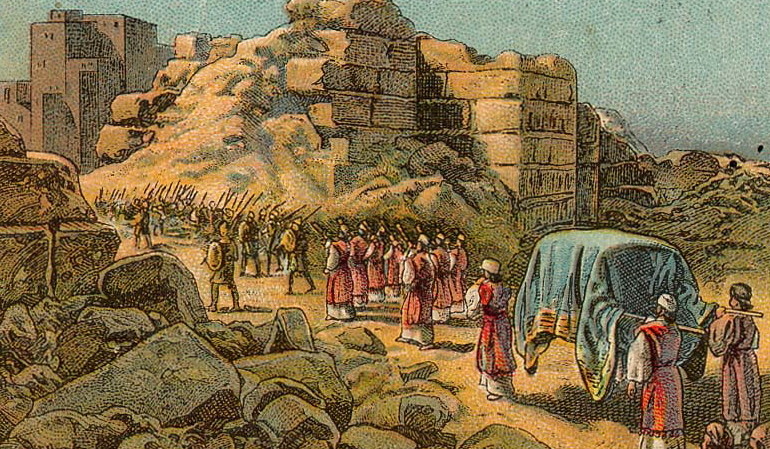 For the good, the bad, and the uncomfortable, go to the Old Testament. Because it’s largely a narrative, the Old Testament shows cause and effect—of every kind. You can trust it to tell the juicy parts.

I want to show you some match-ups I discovered. It’s a set of revealing comparisons of those who got it right and those who didn’t.

I’ll share these principles at the end. But see if you can find them yourself in the following comparisons:

Here’s the most obvious difference between the two: Aaron bowed to pressure and made a golden calf as a “god” (Exodus 32:4). But Moses, by faith, refused to be called the son of Pharaoh’s daughter (Hebrews 11:24). One man led the people into freedom; the other led them into idolatry.

Joshua obeyed God and sanctified himself (Joshua 3:5). Achan did the opposite. He took for himself the treasure which God had cursed (Joshua 7:13). One man led the people to victory over Canaan’s mightiest city. The other brought a curse against Israel, caused a humiliating defeat from a weaker foe, and caused the execution of his own family.

Saul and David both sinned terribly. To the outside eye, it would seem that David’s adultery and murder (2 Samuel 11) were worse than Saul’s unlawful sacrifice and plunder (1 Samuel 13:8-9, 1 Samuel 15:9). But the difference was in how they handled their sin. Saul attempted to justify himself or to cast blame. David acknowledged his sin and took responsibility. Sin always leads to suffering. But for David the cycle stopped. For Saul, one rebellion led to another until his ignoble death.

Hezekiah tried to reinstate the Passover and nearly brought a plague on the people when he failed to first ensure their ceremonial consecration. But God healed them when Hezekiah prayed, because they had prepared their hearts to seek God (2 Chronicles 30:19). Rehoboam was the opposite. “He did evil, because he prepared not his heart to seek the Lord” (2 Chronicles 12:14). This repeated phrase within the same book can be no accident. Reader, take note.

5. The Samaritans vs. Ezra

The people of Samaria claimed to worship the Lord and they offered to help the Jews build the Temple (Ezra 4). When this help was refused, they weakened the hands of the people of Judah and frustrated the work. But Ezra had “prepared his heart to seek the law of the Lord, and to do it, and to teach in Israel statutes and judgments” (Ezra 7:10). So he journeyed from Babylon, bringing priests and Levites, and silver and gold. They completed the work because the good hand of God was upon Ezra.

What made the difference for each person?

Notice: none of the ones who failed had set out to rebel against God. But in the time of conflict they ended up doing evil. They were unholy; eventually it came out.

Why does holiness matter? Because as a man thinks in his heart, so is he (Proverbs 23:7). And eventually it will show.

What’s the common factor separating the holy from the unholy?

The holy ones took time to become that way. They knew the Lord and his Word. They strove for holiness. They prayed.

It takes preparation. We can’t resist sin in a moment only. We prepare now so we can glorify God in years to come.

Christians have many questions about consistency and faithfulness. The answers come back to one issue: Do you want to be holy? Are you willing to set yourself apart for a special purpose?

“Consecrate yourselves, therefore, and be holy, for I am the Lord your God. Keep my statutes and do them; I am the Lord who sanctifies you” (Leviticus 20:7-8).

Take time to be holy,
Speak oft with thy Lord;
Abide in him always,
And feed on his word.
Make friends of God’s children,
Help those who are weak,
Forgetting in nothing
His blessing to seek.

Take time to be holy,
The world rushes on;
Spend much time in secret
With Jesus alone.
By looking to Jesus,
Like him thou shalt be;
Thy friends in thy conduct
His likeness shall see.