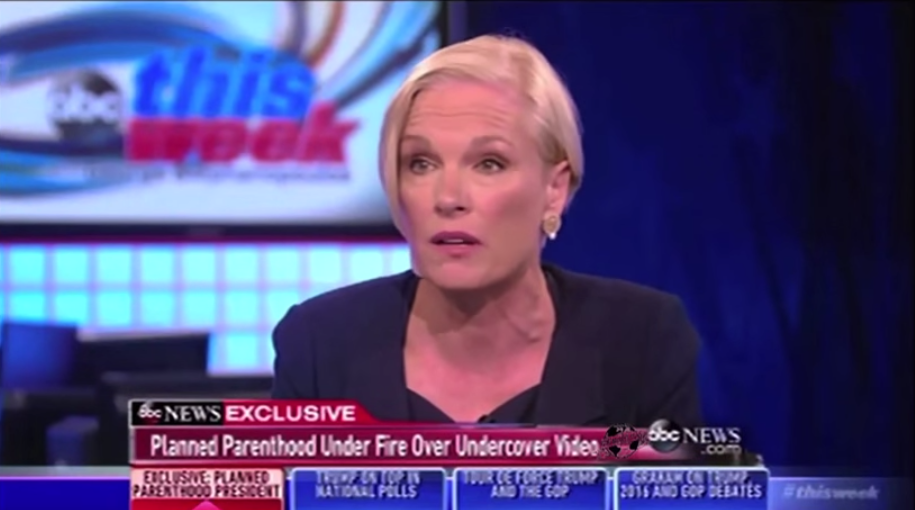 The Center for Medical Progress has bravely continued to release their videos, even in spite of a spurious restraining order imposed upon them by the Los Angeles Superior Court. Meanwhile, NPR and other “news” organizations pretend to cover the issue in an objective way while framing the issue in terms of “abortion rights” and “fetal tissue.”

What NPR did not talk about was the content of the fourth video. What was in it? Watch it here: https://www.youtube.com/watch?v=GWQuZMvcFA8

If you cannot stomach to watch it, here are the main points:

This last is the most damning. What are they talking about? A live birth. But they still kill the baby at this point, dissect it, and sell it for profit.

Blogger Matt Walsh is providing the best coverage of this story.

What he said at his Facebook page is so good that I will quote him at length:

“If you are still on Planned Parenthood’s side, there is no debating anymore. You have chosen to ignore or deny the indisputable reality of the situation. I want to make it clear that I do blame you for this, and I hold you complicit. Enough of deflecting the blame to institutions and government bodies and so forth. Sure, the abortion industry and the government deserve all the blame in the world, but I’m tired of people letting the average pro-choice Planned Parenthood sympathizer off the hook.

“You people are adults. You have brains, unlike the babies whose brains are sucked out and sold for profit. You have souls. You have the ability to understand simple moral concepts. Now put those capacities to work. Wake up. No more excuses. This is a moment in history where either you are right or you are wrong, and it is just not OK to be wrong about this. It’s not OK.

“And you are definitely wrong. One hundred percent. Black and white. Absolute. You’re not even a little bit right. There isn’t even a glimmer of rightness in your position. You are totally and indefensibly wrong, and you should be profoundly ashamed of yourself. I love you and I pray for you, but I am very angry at you. You are whistling past the concentration camp, pretending you can’t smell the burning flesh, and I, for one, am done letting you off the hook for it. Get it together, alright?”

We can learn a lot from him.

Everyone has some level of influence—someone they can talk to about these awful facts. Walsh is right: we must express revulsion. And our moral outrage is not only against the one holding the forceps or the one asking for a Lamborghini. We must equally direct our outrage at all compromise with the pro-abortion camp, at all who consider the issue to up for respectable debate, and at all who sit on the fence.

Righteousness demands that all who understand the issue speak out against all who do not.

If we fail to publicly denounce this sin, we enable it. There is a right way to be angry and not sin (Ephesians 4:26). Here’s how: don’t sin by letting your anger control you. Let yourself feel the anger that comes at realizing the truth. But do not be controlled by the anger; be controlled by the truth that was its cause. Base both your feelings and your actions on that truth, and act out of your considered judgment.

Over the coming weeks this story will continue to gain traction. Already the mainstream “news” sources have been forced into a pretense of covering the story. As individual people who have shared these videos on social media and in person, we helped that happen.

In the next presidential election it will be impossible for candidates to treat abortion as a secondary issue. This is a very good sign if you care about putting an actual Christian in office.

What can you do?