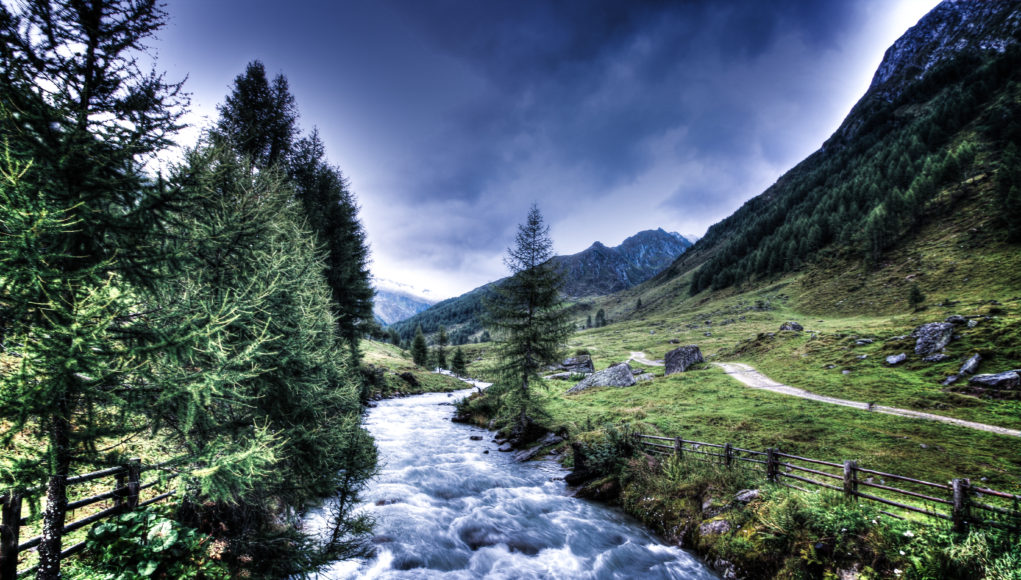 How do you give a perfect answer?

The tongue of the righteous is choice silver;
The heart of the wicked is of little worth.
-Proverbs 10:20

How do you communicate wisely? Especially when writing online in a blog or on social media?

The perfect answer is not some “end-all” retort.

So our basic question is: “How can we be more mature when we communicate online?”

If you’ve ever discussed important ideas on a social media or a blog, you’ll know why this is important and why it is difficult.

To communicate effectively in writing is a special, learnable skill.

Before you can learn it, you must want it.

You must admit you don’t have it all together. It is too easy to say something in the moment and to think your words are “choice silver” — only later to realize the words ring of tin.

Choose your principles ahead of time.

Put some careful thought into your principles now, while you are most clearheaded, and then stick with them in the moment of decision.

We learn what maturity and immaturity look like by trial and error. I have made (or at least considered making) each of the mistakes I’m about to describe.

You may not completely agree with the four principles I’ve chosen. But think through them. It will make it easier to get started creating your own top principles.

My four principles for being mature when I write:

Whoever belittles his neighbor lacks sense,
But a man of understanding remains silent.
-Proverbs 11:12

If you’re going to be a critic, focus on critiquing the thoughts — not the thinkers.

Keep the discussion in the realm of ideas. The moment you begin to talk about the other person’s attitude or behavior, you make it personal.

It’s an easy mistake to make.

You ask them a question, but they answer a slightly different question. Then you say, “Why didn’t you answer my question?”

Guess what? You just made it personal. You are no longer poking their idea — you are poking their character. And they won’t like it.

What should you do instead?

Ask your question again in a different way. Use cunning, not brute force. Influence the conversation without trying to assert direct control.

Be like Odysseus with the Trojan Horse — use your mind instead of a frontal assault.

“Using your mind” doesn’t mean always having the best proof. It means having common sense about how to engage others winningly.

Anytime you have strong emotions, you are in danger of making it personal.

Don’t react emotionally. If someone else acts immaturely, give them grace. Remember how hard it is to be mature. (You’re reading an article about it, after all.)

Be the better person. Be the leader.

Keep in mind that public disagreement is public criticism.

It never feels great to receive criticism. But public disagreement is part of the purpose of writing. People know that. They are willing take some ego hits. But you need to help people know you aren’t hitting them for the fun of it. When you disagree you must soften the blow.

On a forum I saw someone ask:

“Should we take away people’s rights in order to make the world safer? If so, how far should we go? Wouldn’t a totalitarian dictator use this kind of reasoning? What constrains it?”

But then I saw another person argue that this was “fear-mongering language.”

Can you see what happened? The discussion moved from ideas into personal territory, impugning style and motive.

Don’t hit the other person’s pride. It’s immature. Don’t go near it. Don’t make it personal. There is one whose rash words are like sword thrusts,
But the tongue of the wise brings healing.
-Proverbs 12:18

An online discussion is like a party or a game. People come because they want to have fun, grow, and learn about others. It takes courage to put oneself out there. It’s a risk to one’s pride. That is the cost of playing.

Otherwise people won’t want to play. Your words will either bring people in or push them out. If you want your ideas to be heard, you can’t push people away.

What makes people feel welcome? Why do they come? People come for the chance to be heard. It is exciting to engage your mind, to make a choice, and to say your piece.

Don’t take away that joy.

Meaning: Don’t jump on a person too quickly, even if they are completely wrong about something.

Don’t squash their interest by showing that you can disprove them in thirty seconds. (They won’t come back.)

Mature communicators let the other person “save face.”

Ip Man is my favorite illustration for letting others “save face.”

He was a master of the Wing Chun martial arts style. Let me give you an idea of his talent:

He was Bruce Lee’s master.

Part of Ip Man’s heroism was his great wisdom in preserving the other man’s pride. He won his matches, but he never gloated.

In the 2008 film, Ip Man even went so far as to say to another master, “Thank you for letting me win.”

A forum is not for “winning” arguments.

Your words go to a person. Don’t write to impress other listeners. They are not voting on who “wins.”

A blog or a social media discussion is about stimulating the thought process — in yourself and in others. It is a chance to learn new views, to see how others react to your ideas, and to hone your ability to express an idea wisely.

People take a chance every time they open their mouths and say something. You don’t know how much of a person’s heart went into what he said.

Say “thank you” early and often.

Reaffirm the relationship and don’t make it painful.

A fool gives full vent to his spirit,
But a wise man quietly holds it back.
-Proverbs 29:11

An immature person makes too many demands on others.

In a forum there are several things I find too demanding. You may have a different opinion. It depends on the context and the relationship. But if you’re worried that you may have crossed the line and been overly demanding — just ask.

Someone might read it, but only begrudgingly. If you do this too often, other people will begin to ignore everything you say. (I’ve seen this happen.)

There was a forum with 20+ worship leaders participating. One young man felt the need to refute each of the other participants individually. You could count on it that every time someone posted, he would respond with 800 words about where they were right and where they were wrong. Truly.

When you speak, you make a demand.

By the very act of speaking you are asserting that others should focus on you — because you think you know something they don’t know.

Let that sink in.

There is a reason Job’s young friend Elihu spoke last (Job 32:4). To speak is to make a demand, so measure your words carefully.

Don’t assume people have read every preceding item in an online discussion. Maybe they skimmed. Maybe they read part of it two days ago and they don’t remember it.

If you want the forum to be an inviting place, don’t tell people they need to go back and read or reread everything. That would be overly demanding.

Likewise, if you post a link to an article or video, you can’t demand that anyone read it or watch it. They didn’t come to the forum to get a homework assignment. Do post external links. But don’t try to control people.

This means: Don’t ask too many questions. Group participation is a value, so ask the group a question.

If you need to single out an individual for a question, make sure you don’t make it personal. Pose questions casually to leave the person a way out if they don’t want to answer.

Remember that a question is a demand.

My favorite hero in this connection is Robert Goren of “Law and Order: Criminal Intent.”

Goren’s job is to interrogate people. But he doesn’t pepper the suspect with questions. He is selective.

Goren understands that you can either close people down or open them up, depending on what kind of question you ask.

For a variety of reasons, these are unhelpful. A rhetorical question tends to sound sarcastic, and that’s hard to pull off in writing.

The reader doesn’t have much information to go on.

(He may even think your rhetorical question is sincere, in which case he will question your intelligence.)

Rhetorical questions can be interpreted multiple ways, so they are the opposite of clarity.

Be plain. Be clear. Be brief.

When words are many, transgression is not lacking,
But whoever restrains his lips is prudent.
-Proverbs 10:19

Abraham Lincoln teaches us about maturity and immaturity in communication.

Gifted in words, as a young man he once publicly brought a political adversary to tears.

One of Lincoln’s letters to the editor nearly resulted in a duel.

But by the time of his presidency, Lincoln had learned restraint. He learned to make his words serve a broader purpose than mere emotional catharsis.

But he did not send it.

The letter was found much later, sealed, and labelled “never sent, never signed.” Lincoln reasoned that the letter would not have strengthened Meade’s faltering resolve or contributed toward resolving the crisis.

Rudeness doesn’t pay. We know this. But how we overlook it in the small things.

Let me tell you five mistakes you will probably make at some point. Do what you can to work against them.

There is hardly a faster way to annoy somebody than to tell him, “So you are saying X,” when he is not.

You may think statement W logically entails statement X. But if he doesn’t think that, then he has not said it.

The principle can be summed up:

You should state an opponent’s case in a form he finds recognizable.

Check out this helpful TGC video on the issue.

Or at least acknowledge it when you do.

Make it easy for the other person to see where you’re going and what you want.

When you are asked a direct question, try to answer the question that was asked, not some other question.

Forums have distinct posts and threads for a reason. If you have a new idea to discuss, consider starting a new post or thread.

Especially important, avoid putting more than one topic within a single post. Don’t leave other readers guessing about the relationship between disparate topics.

Make sure to end conversations well. If you have been exchanging thoughts with someone and you are ready to stop, you can say so.

Say, “This has been a fun discussion. Thanks for the interaction.”

It’s important to not check out when someone else thinks you are in the middle of a conversation.

End positively. Even if you can’t agree on an idea, at least tell them you appreciated the chance to talk.

Don’t sound like you think you’re the only one with anything valuable to say.

For me, this is the hardest lesson of the series.

I love to speak up. But the more I say, the more it looks like I only want to be heard.

If you want to give a perfect answer, a Beatles song sums it up:

That’s the goal of online communication.

Do You Want to Grow as a Communicator?

Learning to Be a Christian on Social Media.

The group is a great place to meet other Christians who love talking about ideas.

Join the group if…