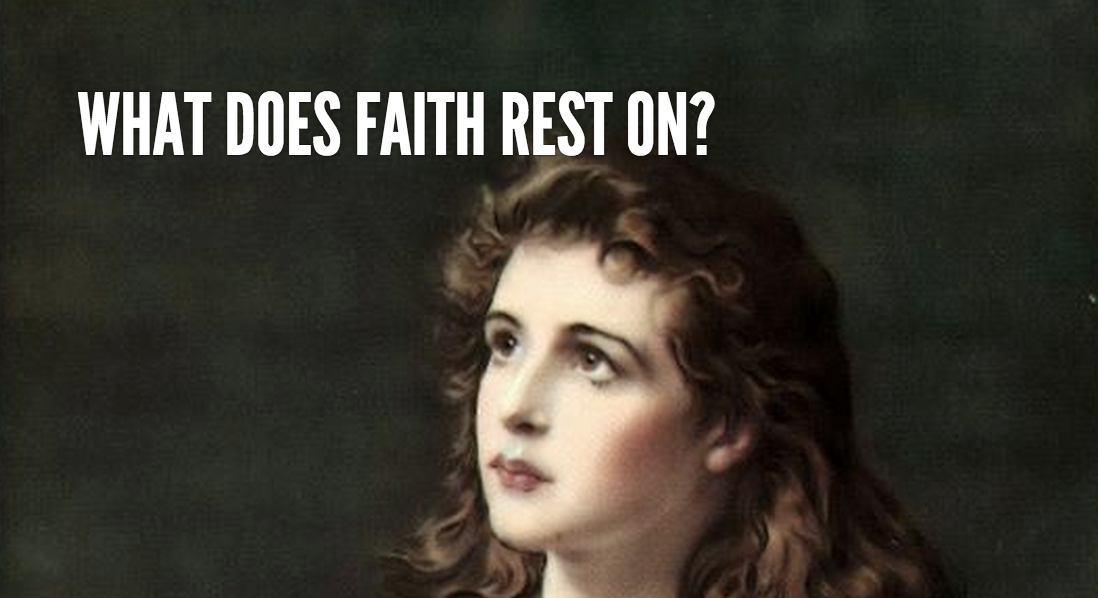 Always have a ready defense for the hope within you, says 1 Peter 3:15. What is that defense?

Some Christians will tell you they believe God’s Word, and he is God, and that settles it. But this kind of argument is no defense. It isn’t even logical. It presupposes the very thing it sets out to defend.

Growing up in a variety of churches, I had the chance to hear diverse perspectives. What is faith? Why should we have faith? Some people told me it was wrong to ask too many questions or to have doubts. Others said questions and doubts were part of the process of taking an idea seriously. It’s not bad to doubt, if you work through that doubt and find the truth.

It was strange and disappointing to find that Christians couldn’t even agree on the meaning of faith. I decided I would give the question more study. I discovered the books of Josh McDowell, such as More Than a Carpenter, A Ready Defense, and New Evidence that Demands a Verdict. These and similar books gave me the clarity I needed. There is overwhelming evidence that Jesus is God—enough to convince the honest searcher.

But even though the needed evidence exists, I have still continued to meet Christians who downplay the role of evidence. They do not want to base their belief on observation and reason. They seem uncomfortable with a certain implication: if we come to believe by looking at evidence, then wouldn’t we also have to stop believing, were it somehow to be proven that the evidence did not support Christianity? And doesn’t the focus on evidence seem to put too much confidence in a human being’s ability to find the truth?

So, I gave more study to the question. In what follows, I’ll share my conclusions about the relation of faith and evidence.

Faith is, and can only be, belief based on observed evidence. If a person believes because they “feel like it,” this isn’t the kind of faith the disciples or the early Christians had. The disciples didn’t decide to believe merely because someone told them Jesus was the Lord, and anything Jesus said must therefore be true. Rather, the disciples decided to believe after seeing much evidence to support Jesus’ claim.

“Is faith in Jesus based on evidence? Yes or no? Is it trust because of evidence or trust with no evidence?”

Every church and every Christian should be deeply concerned about this question. I want my faith to look like the faith of the Apostle John. He saw, he believed, and he testified to the evidence so that we too can believe (John 20:31).

As an evidentialist, I agree with C. S. Lewis about faith. He wrote: “Faith … is the art of holding on to things your reason has once accepted in spite of your changing moods” (Mere Christianity, 1952). Lewis saw faith in Jesus as a consequence of reason, not a replacement to it.

Scripture affirms Lewis’ view. Often Scripture tells why people believed. Consider Paul’s words in 2 Corinthians 2:4-5: “And my speech and my message were not in plausible words of wisdom, but in demonstration of the Spirit and of power, so that your faith might not rest in the wisdom of men but in the power of God.”

Paul wanted the Corinthians to remember the power of God. They had seen it with their own eyes. That is what faith rests on. Though Paul’s message did not at first sound plausible, the physical evidence convinced them. For the Corinthians, faith meant trusting in the power of God, based on observation. Not a substitute for reason, faith is an application of reasoning—a logical conclusion based on evidence.

Reasoning about observations is the single means of discovering truth.

Faith is not itself a means of discovering truth. Rather, we see and hear, we reason, we accept, and we believe. The order matters. Let us follow C.S. Lewis in considering faith as a consequence of reason. Let us follow Paul and base our faith on the demonstration of God’s power.