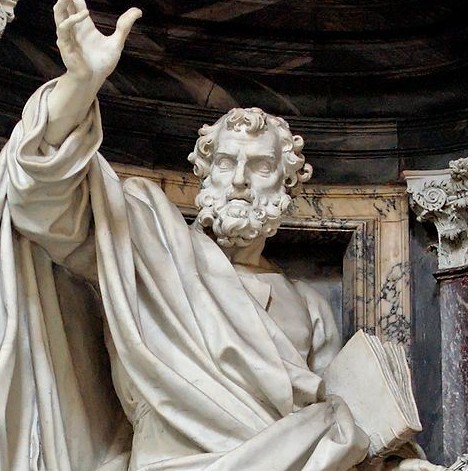 In his guest post at The Gospel Coalition a couple days ago, Jason Helopoulos wrote on Evangelism, Reason, and Faith.

I enjoy reading Helopoulos, so I was surprised to find him setting up the false dichotomy between reason and faith. His article revealed a mystical approach to what knowledge is and to why we have faith in Jesus. My mission includes helping people value their own reason. I have to argue against Helopoulos on this topic.

Briefly, here is what is wrong with Helopoulos’ pre-suppositional approach to knowledge:

Helopoulos writes, “We do not dismiss reason or experience, but clearly articulate that they are not the gateway to truth.” Contrast his view with Peter’s:

Acts 2:22: “Men of Israel, hear these words: Jesus of Nazareth, a man attested to you by God with mighty works and wonders and signs that God did through him in your midst, as you yourselves know—”

Here, Peter tells the crowd to believe in Jesus because they have experienced his miracles, and it is reasonable to believe his claim to deity. Experience and reason are the gateway to truth.

But Helopoulos writes, “Rationalism, not Christianity, believes that reason is the fundamental source for knowing and explaining the world.” I challenge him to name the Scriptural support for his claim. In fact, “Experiencing” and “reasoning” are the only possible means of knowing and explaining. Reasoning is the method of thinking. That which is not grasped by reason is not actually grasped.

Helopoulos writes, “John Lock (sic), the famous empiricist, said, ‘I experience in order to believe.’ Both rationalism and empiricism have an overbearing optimism when it comes to reason. The only issue is whether reason is more important than experience or secondary to it. This runaway optimism in reason has no place for revelation. As Christians, we assert that revelation has the primary and principle place.”

Here, he has mis-characterized John Locke. According to Karl Heussi’s Kompendium der Kirchengeschichte (1956), Locke believed in verbal inspiration of Scripture, and followed Scripture loyally. In The Reasonableness of Christianity (1695), Locke agreed with the apostle Peter that we should trust in God because of the evidence of divine miracles. Locke, not Helopoulos, is in line with Christian tradition on this point.

What has caused Helopoulos’ strange error? He has set reason against revelation, as if reason were not required in order to grasp revelation. In fact, all knowledge comes through reason and experience. Reason processes the material of all experience, including the material of the words of others. As God’s word, revelation is one kind of experience. Locke did not set his reason against revelation. He merely pointed out that before one can believe a claim from a deity, he must have some reason to believe the claim is authoritative and not a hoax. When Locke said “I experience in order to believe,” he was pointing out the non-optional need for experience to precede knowledge.

The alternative? A view that says:

-Without revelation there can, in fact, be no true and certain knowledge.

-We know Christ… but we did not come to this knowledge by reason.

-I believe so that I may understand.

Unfortunately, this is mysticism. To know means to know by reason.

While I would join with Helopoulos on many issues, epistemology is not one of them. In the anti-reason approach I see the “scandal of the evangelical mind”—lazy dogmatism. I see fodder for our opponents.

What does the Bible actually say sinful man is able to know? I surveyed the whole Bible to find out, and I posted 50 important passages on knowledge here.

Helopoulos is right when he says, “Anyone who comes to Him, comes to Him by faith.” He is right that people must choose to believe, and we cannot make them. Also, he is right that faith is ultimately a gift from God. But we should think hard about his disparagement of reason. Like Paul, let us not merely assert Scripture: let us reason from it.

Acts 17:2: “And Paul went in, as was his custom, and on three Sabbath days he reasoned with them from the Scriptures.”